Check out the best drones for construction sites and how they can help streamline your operations.

Drones have become more prevalent in a number of industries. From real estate listings and travel videos to even construction sites, the applications for a drone are seemingly endless today.

And for good reason, too. The photos and videos you can produce from drones are virtually unmatched.

Not only do drones produce stunning photos and videos from a bird’s eye view, but they can also assist with the day-to-day tasks on construction sites.

The construction industry presents some unique and innovative ways you can utilize a drone to streamline your operations.

The Importance of Drones in Construction

The aerial vantage point drones offer construction projects is beneficial in a number of ways.

Drones can help with collecting data on your construction project as well as assisting with security on site.

Drones can also help with increasing your safety on-site by not needing a person to perform visual inspections in potentially dangerous areas.

Chances are that whatever your construction project is, there’s a way a drone can help simplify and streamline some of your operations.

But with so many drone options on the market, it can be overwhelming to start the process of selecting which one will suit your construction needs.

To make it easier, we’ve reviewed the best drones for a number of different construction applications.

From mapping and surveying to site security and inspections, there is a drone out there that can simplify your operations, and even help you save money.

To start determining which drone is right for your construction project, we first need to review the type of drones on the market today.

The two most common types of drones used in construction are multirotor and fixed-wing.

Multirotor are drones that resemble a helicopter, while fixed-wing drones resemble an airplane.

Multirotor drones are more beginner-friendly and affordable, but they typically have shorter flight times and are more vulnerable to high winds.

Fixed-wing drones excel in their stability and flight time, while the skill level to operate one is higher than a multirotor one, and the cost is also higher.

The choice of which one is right for your construction needs depends on the location and weather typical of your site, and also the use case for your drone.

Uses for Drones in Mapping & Surveying

With drones, you can say goodbye to hours and days used up to walk through a construction site and take manual measurements.

Drones can make surveying a project more streamlined and also produce models that are more accurate than manually-produced ones.

While aerial mapping with a drone is possible, it is technically demanding.

Not all drones are suited to be used for mapping and surveying. When looking for a drone specifically for this use, keep the following features top of mind.

We have two top recommendations when it comes to drones for mapping and surveying.

What makes the DJI Mavic 3 Enterprise drone an excellent choice for mapping and surveying specifically is its lowlight capabilities. This will help you capture better photos during cloudy days or early mornings.

It also has a decent flight time of 45 minutes.

This drone comes with a built-in RTK module and base station.

It’s also specifically designed to be compatible with a PPK process. This process is when the communication between the drone and ground station is not assured. The PPK process allows for correction of the data points in post-processing.

This drone also doesn’t have a set payload, so you’re able to add or remove accessories to customize the capabilities of your drone.

How Drones Can be Used for Visual Inspections

Whether you need to inspect a completed project or need to scope out a road or a bridge for potential damage, drones can be a useful and convenient way to achieve this. Drones replace the need for someone to place themselves in a potentially dangerous situation. The drone will collect visual data that’s reviewed later by the inspector.

Choosing to perform primary visual inspections with a drone can cut costs in a few different categories:

Our top two drone selections for visual inspections specifically are the Flyability’s Elios 3 and DJI’s Matrice 300.

This is a great option for indoor inspections. It’s encased in a cage that ensures the drone itself isn’t harmed during inspections. It also has top-notch collision features that make it a competitive pick in tight, hard-to-maneuver spaces.

The Matrice 300 is compatible with a number of different payloads, so you can customize it to your inspection needs specifically.

Tighten Your Site Security with a Drone

Whether you choose to augment your human security with drones, or decide to use only drones for security, they have been becoming more common among construction sites.

Security drones today can specifically identify objects that pose threats, suspicious activity, and alert the security team of the danger.

Drones can cover a large area and store useful data, which also makes them a wanted and needed feature on some construction sites. This can also be a useful feature for large areas of land, like farms.

A fast-growing segment of security drones are called drone-in-a-box solutions. Accurate to their name, these drones reside in a box where they take off from, land in, and charge in.

Percepto is the leading drone company that makes drones that fall under the security category.

Percepto’s drone options are autonomous and require minimal human presence on site. Their security dronescan be scheduled to run regularly, but can also be triggered to deploy from suspicious activity.

Weather isn’t an issue with these drones either as they can operate rain or shine.

Another company that is optimizing their drone-in-a-box solutions is Easy Aerial.

They offer 3 main types of security drones: free-flight, tethered, and a hybrid of both.

The biggest benefit a tethered drone can provide is unlimited flight time, which equals constant surveillance.

Drones For Your Construction Needs

As you can probably tell from this article, there are a whole host of applications where your construction project could benefit from using a drone.

While your specific application might look different that some common ones laid out in this blog, many drones are customizable to work for your construction project.

We recommend doing an ample amount of research before purchasing one to ensure it will tick all the boxes you need.

In the end, we hope utilizing a drone for your construction project will help streamline your activities and save you money in the long run.

About the Author: Shannon Higgins

Shannon is addicted to books, running, and poodles. 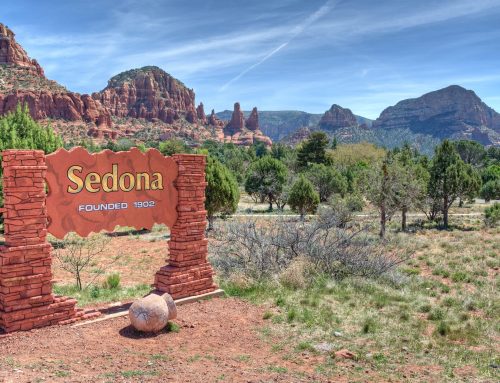 Can You Fly a Drone in Sedona? Tips & Tricks for Successful Flight Gallery

Can You Fly a Drone in Sedona? Tips & Tricks for Successful Flight 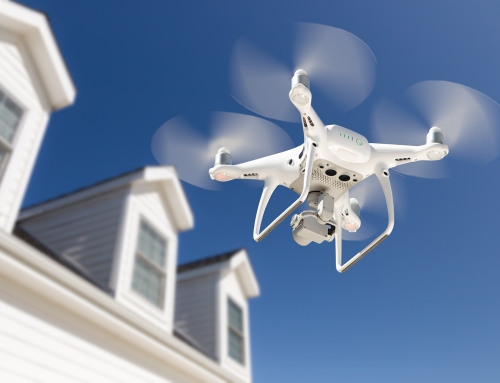 How to Get into Drone Photography – 7 Tips for Success Gallery

How to Get into Drone Photography – 7 Tips for Success 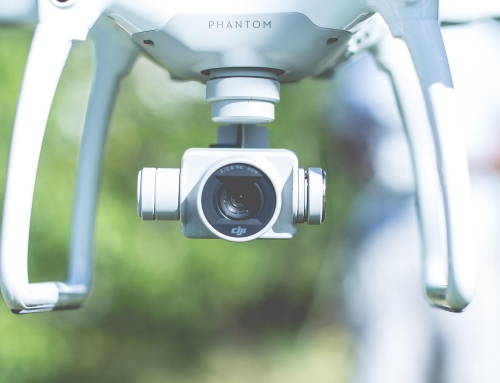 How to Get the Best Drone Footage Possible Gallery

How to Get the Best Drone Footage Possible

Whether you know exactly which services your business needs, or you’re so frustrated with your marketing that you don’t know which way is up, make time to chat with us and learn how we can help you succeed.